The upgrade of Bank station, originally opened in the 1900, is now over half way to completion with more than 1000m of new tunnels having been built with minimal disruption to passengers throughout.  The full Bank station modernisation project which was highlighted as a longer-term vision by the City of London Corporation back in 2017 has seen the topping out of the roof over its new Cannon Street entrance at the end of 2019 and the opening of the Walbrook entrance in December 2018. 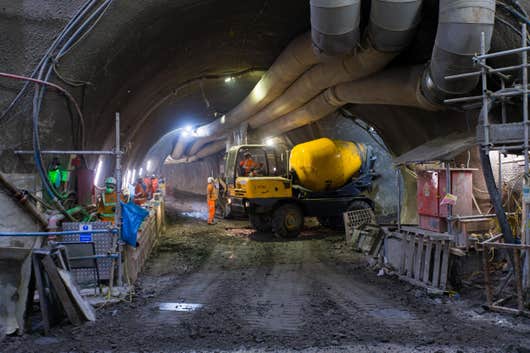 The new entrances are part of a £600 million revamp of Bank Station which will see 1,500 metres of new tunnels created 27 metres under the City of London, 12 new escalators and 2 new lifts are being installed. Currently 90,000 people enter and exit Bank Station during rush hour – making it the third busiest in the capital. New tunnel routes are designed to simplify the “spaghetti maze” of tunnels used by 52 million commuters every year and reduce commuter congestion and which will see the potential capacity increased by 40 per cent to minimise overcrowding.

Careful excavation is needed to build under the area’s 31 Grade 1 listed buildings.

For further details on the major refurbishment and improvement of Bank Underground, please visit Transport for London.

As part of the project works are currently being undertaking to make way for the installation of three new escalators in the Docklands Light Railway concourse.

The escalator installation is a vital part of the station upgrade. Once ready for use in 2022, the escalators will make it easier for passengers to travel around the station, helping to reduce congestion when the new, higher-capacity DLR trains enter service in 2023.

The entrance displays historic glass etchings marking the discovery of the nearby ancient Roman Temple of Mithras, see link for details. 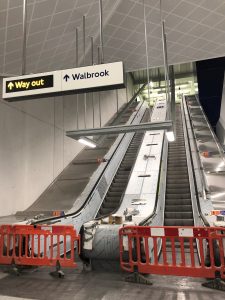 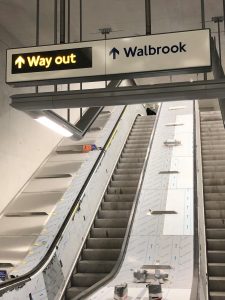 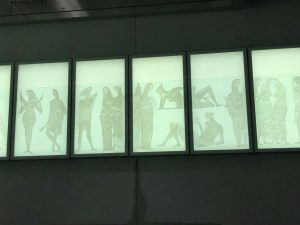 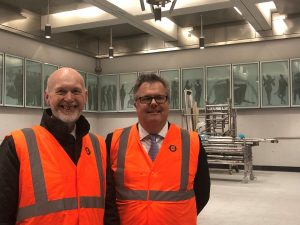 If you would like to keep updated on the All at Bank Project please visit, www.cityoflondon.gov.uk/allchangeatbank.

Bank Underground was severely damaged on 11 January 1941 during a bombing raid by German aircraft. The blast travelled through the tunnels and killed people sleeping on the escalators and platforms, as well as throwing others in the path of trains. More than 100 people lost their lives. 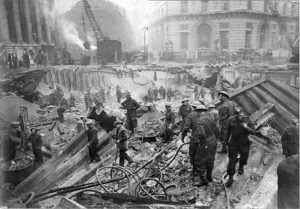 People died underground and on the surface and, in the aftermath of the bombing, an emergency bridge was built over the huge crater to enable traffic to continue moving around the busy interchange in the heart of the Square Mile.

Two weeks earlier, on the night of 29 December 1940, the German air force carried out a massed air attack on the City of London, which resulted in a firestorm that destroyed the Guildhall, many Livery Halls and eight churches built by Sir Christopher Wren.

The destruction covered most of the ancient Square Mile but, fortunately, being a Sunday night, the death toll was less significant than it could have been on a week day.

We do want hear your ideas on this or any other matter affecting you and the City – please do contact us.