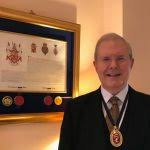 John Garbutt, Alderman for Walbrook Ward, was appointed by the Queen’s Royal Warrant to be High Sheriff of Greater London with effect from his Swearing-In on 2nd April, 2020. Because of the pandemic restrictions, instead of occurring at the Royal Courts of Justice as would normally be the case, John declared his Oath by video conference (the first time ever) from home, in front of the Lord Chief Justice, the Queen’s Remembrancer and other senior High Court Judges from the Royal Courts who were also at their homes. In this role, his remit will cover the RCJ itself, all other Crown Courts around London, (with the exception of the Old Bailey), plus the prisons, Metropolitan Police, and most other aspects of the Judicial system across Greater London. 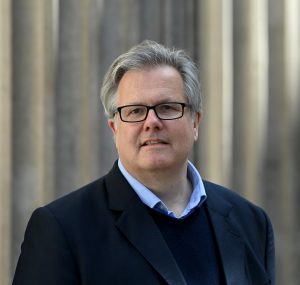 James was elected as Common Councilman for Walbrook Ward in 2013 and was re-elected in 2017 and 2022. James is the Deputy for the Ward.

James is a member of the City of London’s Policy & Resources Committee and Finance Committee.

Prior to becoming an elected Member, James was a Special Constable with the City of London Police for 12 years.

James has spent the last 20 years working in industry including for Smiths Group, the FTSE 100 listed international engineering company, as Group Finance Director of DTZ Holdings plc, the listed property company now part of Cushman & Wakefield. Prior to becoming CEO of Gleeson he was Chief Executive of Keepmoat, the largest private developer of affordable homes in the UK delivering some 4000 homes a year.

James trained as a Chartered Accountant with PricewaterhouseCoopers and spent 10 years in investment banking at HSBC and Deutsche Bank. At HSBC he spent 3 years in South Africa advising the ANC-led Government of National Unity. 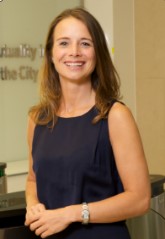 Alethea Silk was elected in the City wide elections in 2022.

Having worked in the City for a number of years, with the last 7 years based in Walbrook, Alethea is very proud to represent the Ward of Walbrook here in the heart of the City.

Whilst currently working in property and security covering an estate both in the City and across the UK, she has also worked across a range of industries and so has much experience to bring.

Alethea is keen to promote the voice of Walbrook in the City ensuring that the ward is heard, as well as promoting opportunities and support for businesses, residents and workers offered by the Corporation. She is here for your suggestions and feedback on making this happen.